It’s hard to find a dinner more satisfying than a steaming plate of flavourful pasta, but by now you’re well aware of just how fattening that is. Let’s not give up on our favourite pasta dishes…let’s make these dishes lighter, healthier and just as delicious by using noodles made from vegetables, rather than traditional, carb-laden pasta.

If you’re new to cooking with veggie noodles, have no fear! It’s simple and satisfying to create comforting guilt-free pasta dinners, and I’m going to show you how… 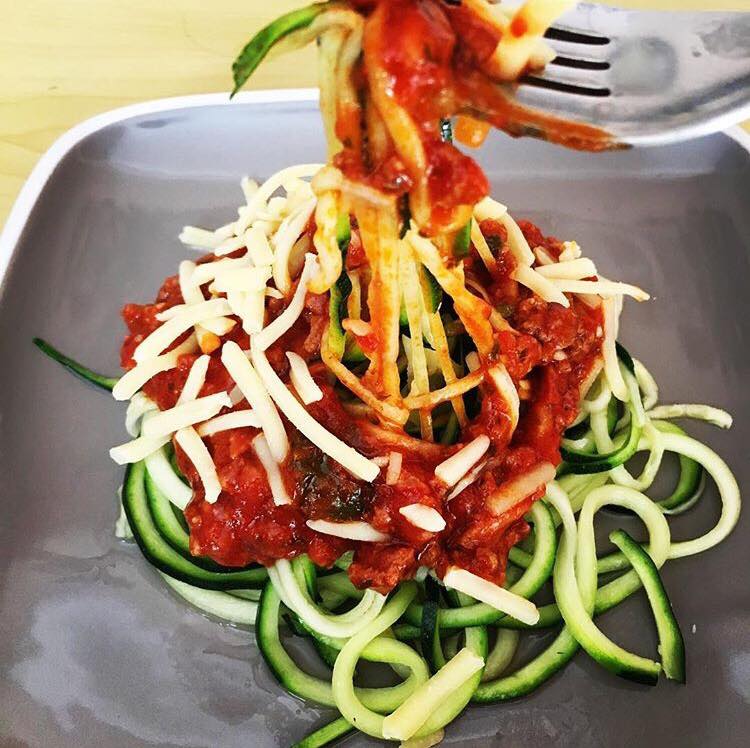 Zucchini is such a tender vegetable that it really doesn’t require cooking, and in fact cooking zucchini noodles quickly turns them to mush. I’ve found that pouring hot spaghetti sauce over a pile of zucchini noodles is all that it needs to heat it up without causing it to get mushy. You’ll need a spiral slicer –a little kitchen contraption that spirals zucchini through grating holes to create long, spaghetti-like noodles.

While zucchini noodles are light and soft, noodles made from butternut pumpkin are a bit heartier. Not only does this translate into a more filling meal, it also means that need to be cooked on their own, before applying the spaghetti sauce, in order to achieve a tender consistency.

Now there’s a little bit of technique involved with cutting your butternut pumpkin in the best way to run it through a spiral slicer. I’ve found that the narrow part of the pumpkin, that’s completely solid, is the piece that works really well with a spiral slicer. Slice off the skin and then simply run it through the slicer. The part of the squash that’s hollow in the middle is trickier to use with the spiral slicer, since those pieces are pretty thin. A quick option is to simply chop those pieces thinly and use that along with the long noodle strands.

Talk about truly guilt-free pasta – one made from carrot! Rather than serve this one with traditional spaghetti sauce (although you could) I’ve included a dressing to toss the noodles with and I’d recommend serving it with meatballs for some added protein.

Eating healthy, low carb meals like these are what it takes to have that lean, sexy body that you want. But don’t forget that a fit body also requires a consistent, challenging exercise program! Get my 8 Week Bodyback Program for 8 weeks of home workouts and loads more clean eating ideas that the family will love. 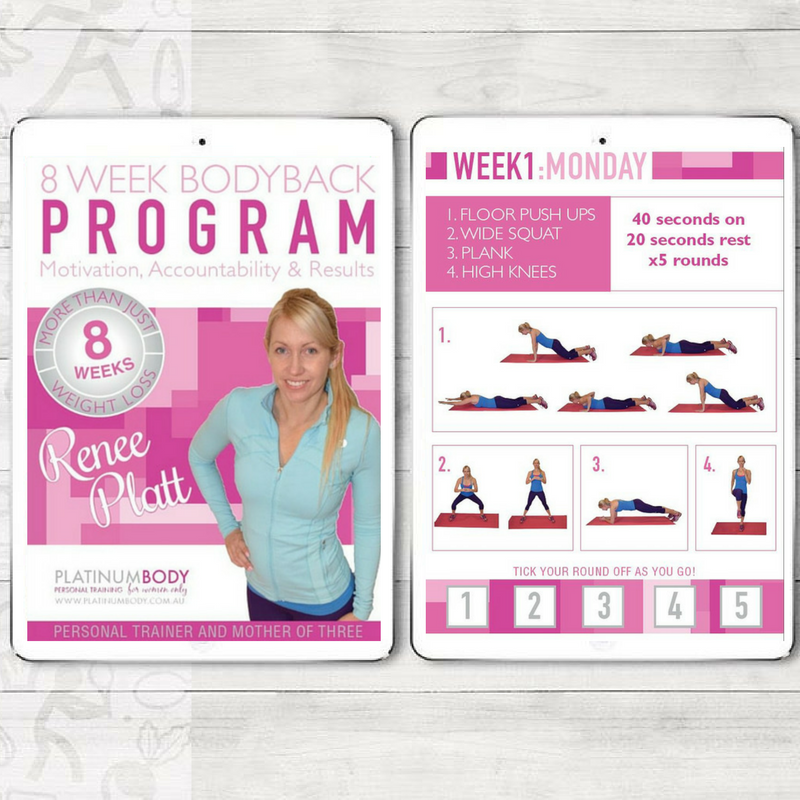 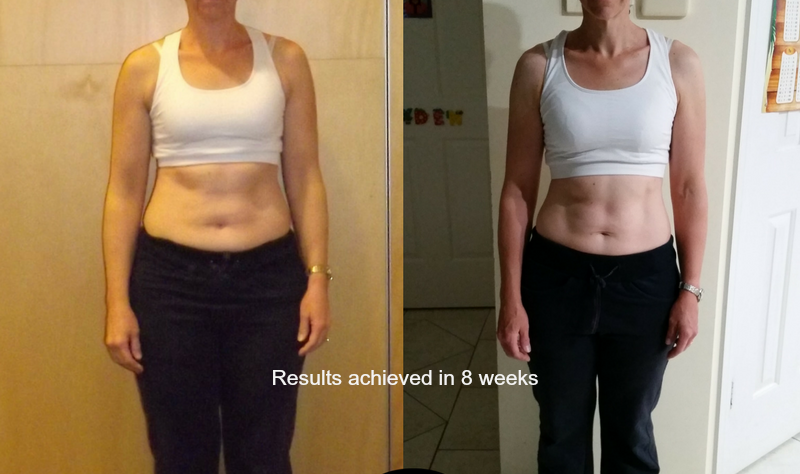 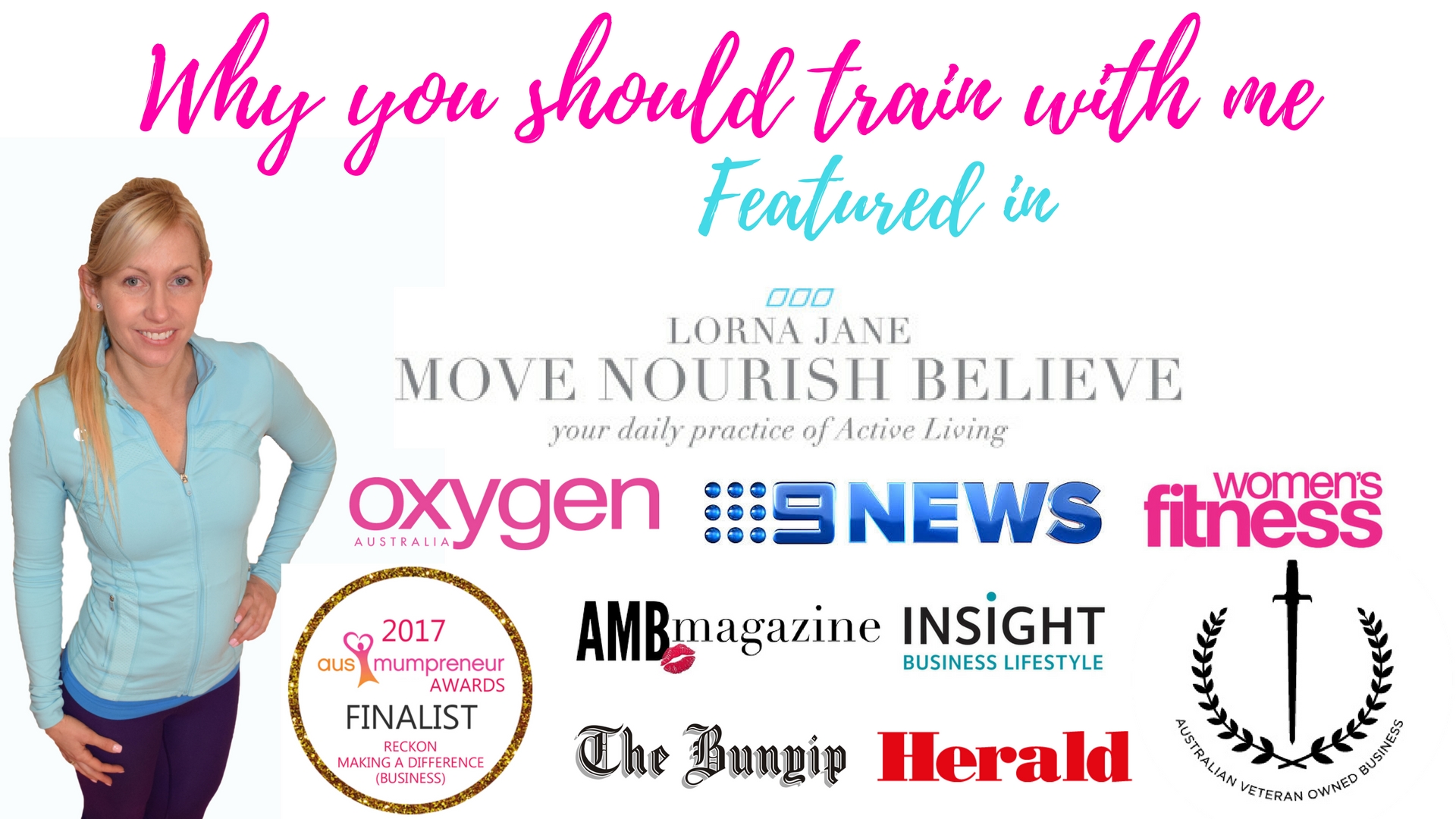 Hey, you found my blog. You love the look of it and you are hungry for more info so you’ve clicked on my about me page. What would you like to know? Let me see if I can answer your questions.